I specialise in writing and arranging for groups of singers who are not confident readers, aiming for stylish simplicity and accompaniments which really support the voices.

Most works are for secondary-age or adult choirs, but Latino Bay and Sing Up, Sing Out! are written for primary-age children.

Check out the MORE INFO pages to view samples, demos and bulk offers

To Band of Brothers info page

To A New Journey info page

To The River info page 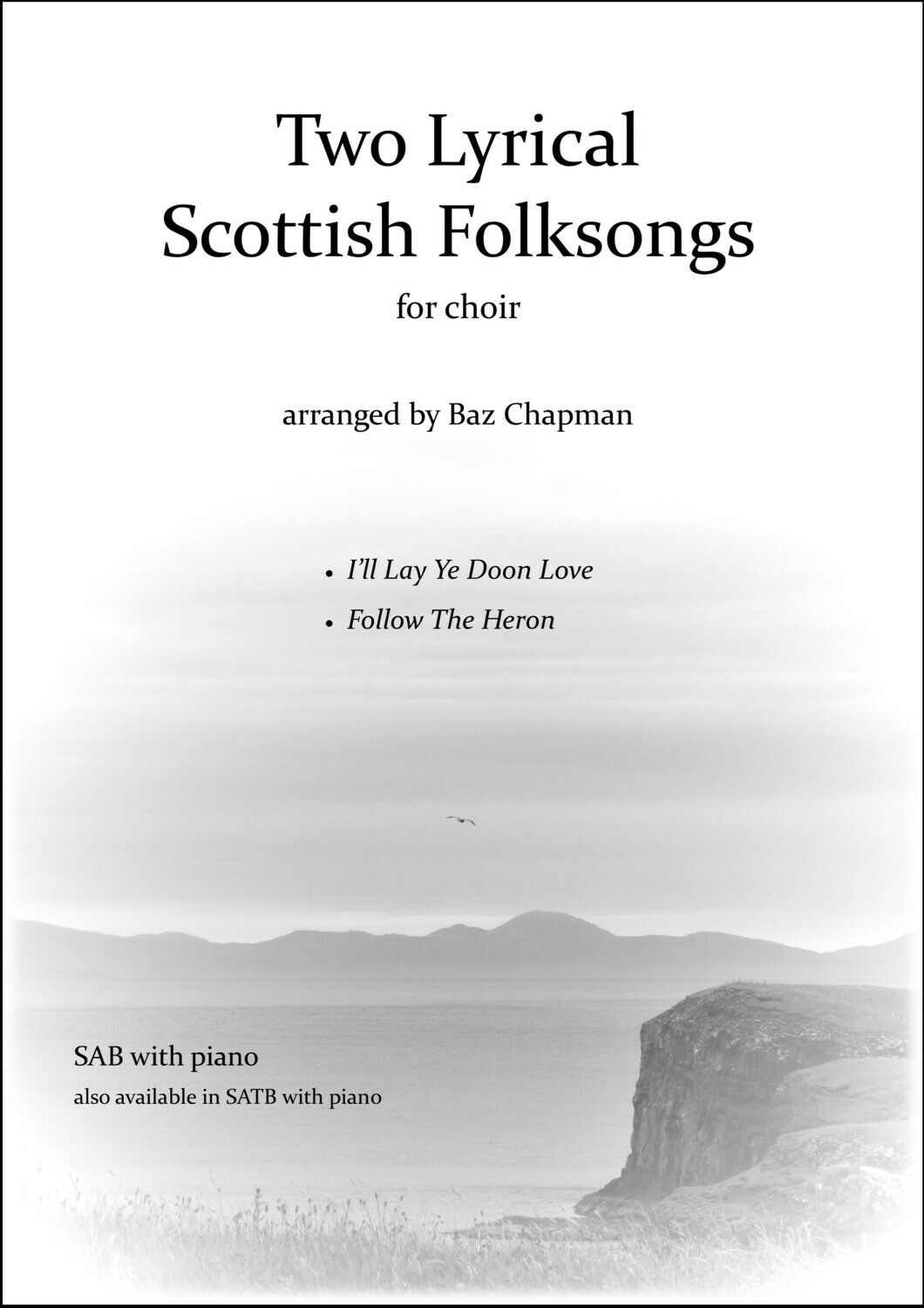 Two of the most beautiful Scottish folksongs ever written are brought together in these accessible arrangements for mixed voice choir.

I’ll Lay Ye Doon Love has existed in many forms, such is the oral tradition of folksongs. Believed to have originated in America, this arrangement derives from Scottish versions of the song, and tells of a man’s wooing of a lady and his promise to return from his travels and ‘lay her doon’ (which we presume to mean an offer of marriage, given his assurances of being an ‘honest man’!)

Follow The Heron is one of the best loved songs by Scottish folk artist Karine Polwart. It was written after she had been a guest at a Shetland folk festival, singing at an outlying island event; as she was heading home by sea in the early morning a heron rose in front of the boat and flew ahead. In the song the heron represents the return of Spring, light after darkness, hope after grief.

Save this product for later
Display prices in: GBP